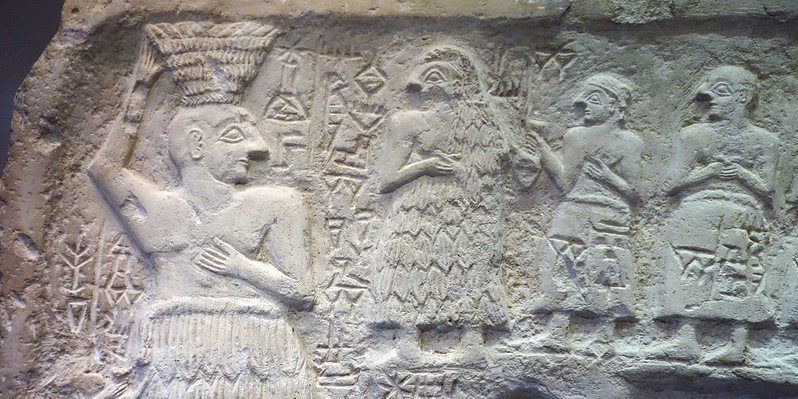 Comments Off on Just because there’s a law.

4,400 years ago Urukagina, ruler of the Mesopotamian city-state of Lagash, set down the first known code of law. The full text is lost to history, but cuneiform script on a clay cone tells us that, among other provisions, it made clear that the powerful could not force others to sell them their possessions. From that point onward, the very notion of such a compulsory purchase of land was unthinkable, particularly in the region of piece and prosperity that stretched from the Mediterranean to the Persian Gulf.

Of course, the development of legal systems did not halt there; a thousand years later, God himself took the pen and handed down to the Israelites ten commandments. Without wishing to give any one divinely ordained law greater attention than any other, it is useful for our purposes to note the strict rule against blasphemy. After all, it is thanks to this law that people swinging an unguarded foot out of bed and onto the waiting caltrop of a fallen plug curse the concept of random chance in a cruel and uncaring universe, rather than directing anger at an anthropomorphic personification of the forces of creation and destruction driving the whole show along.

While the laws set out by the almighty were clearly beyond criticism, they were also naturally somewhat limited in their scope. They have therefore left plenty of room for innovative legal thinkers to build upon them and so work ever harder for the attainment of utopia. Several promising initiatives have emerged in relatively recent years (1), including the simplification of mathematics by the Indiana General Assembly (which was set to rule that Pi equals 3.2 prior to the intervention of an unhelpful professor) and the prohibition of death in certain localities in Brazil — noble initiatives which will surely be adopted worldwide when the resistance of the medical profession is at last overcome.

Given this brief history of law and its effect, it is curious therefore that certain people — motivated one assumes by either simple ignorance or complex bad faith — insist on constructing arguments which fail to respect the straightforward fact that once a law declares something to be so, it is so. And yet to anyone accustomed to spending any time in political discussion, the following exchange will be familiar:

“But of course X can’t happen. The law says Y.”

“Ok, but what if X happens anyway?”

Readers who slogged through that opening, take heart: you are nearly at the end of this essay (2). While the arguments I made above are clearly ridiculous this does not seem to stop people from advancing variants upon them, claiming that because a law exists it will be obeyed. This does not quite qualify as an argument to authority, so for the sake of conciseness I’d like to refer to it as an ‘appeal to the rulebook’ (3); the tendency to argue by the rules as written, rather than the situation as it is.

This was on full display in the interminable Brexit wars (4) where proponents of EEA membership made much of the legal fiction of sovereignty built into the arrangement, it appeared throughout the austerity debates where activists and government went back and forth on what benefits assessments meant for the vulnerable, and it is back with a bang in the discussion around exit strategies for lockdown, where people have a tendency to treat behaviour as axiomatic.

While economists have many faults this is one of the few sins that they do not regularly commit. The misapprehension that making something illegal means it won’t happen (or conversely that creating a legal right means that it will be used) is not one that can survive in a discipline that cares only about the incentives that people face; you can write down what you like on paper, but what matters is the consequence assigned for breaking it, and the probability that that will be enforced.

This was neatly summarised by Sir Ivor Jennings, who pointed out that Parliament, being supreme, can outlaw smoking on the streets of Paris; the law simply would not have any effect; barring the odd case involving English tourists dobbed in by Public Health England’s legions of collaborators, no-one would have any incentive to follow it (5). Ultimately, the choice of whether or not to follow a law — and it is always a choice — is made by people weighing up the relative costs and benefits.

What brings this obvious point to mind is the discussion around the potential use of immunity passports. The UK is currently examining the available technological options for verifying the status and identity of those claiming to have had the coronavirus, with the eventual intent being an easing of lockdown restrictions for these people. The submission by Onfido to Parliamentary committee makes much of ensuring that immunity passports can’t be faked or traded, “allowing at-risk individuals to continue the proliferation of the virus”. For the lucky few, life could return almost to normal; they would be afforded significantly greater freedom to work, socialise, and travel. For everyone else, tough luck and lockdown continues.

How long do you think it would take the second group to work out that catching the virus would be the socially and economically sensible thing to do? How long would it take them to work out that the chances of being caught breaking the rules are significantly lower when they can blend in with the share of the population exempted from them? And would they, while doing this, continue to assume that others would follow the laws as written — removing any concern about spreading the disease to those not yet exposed?