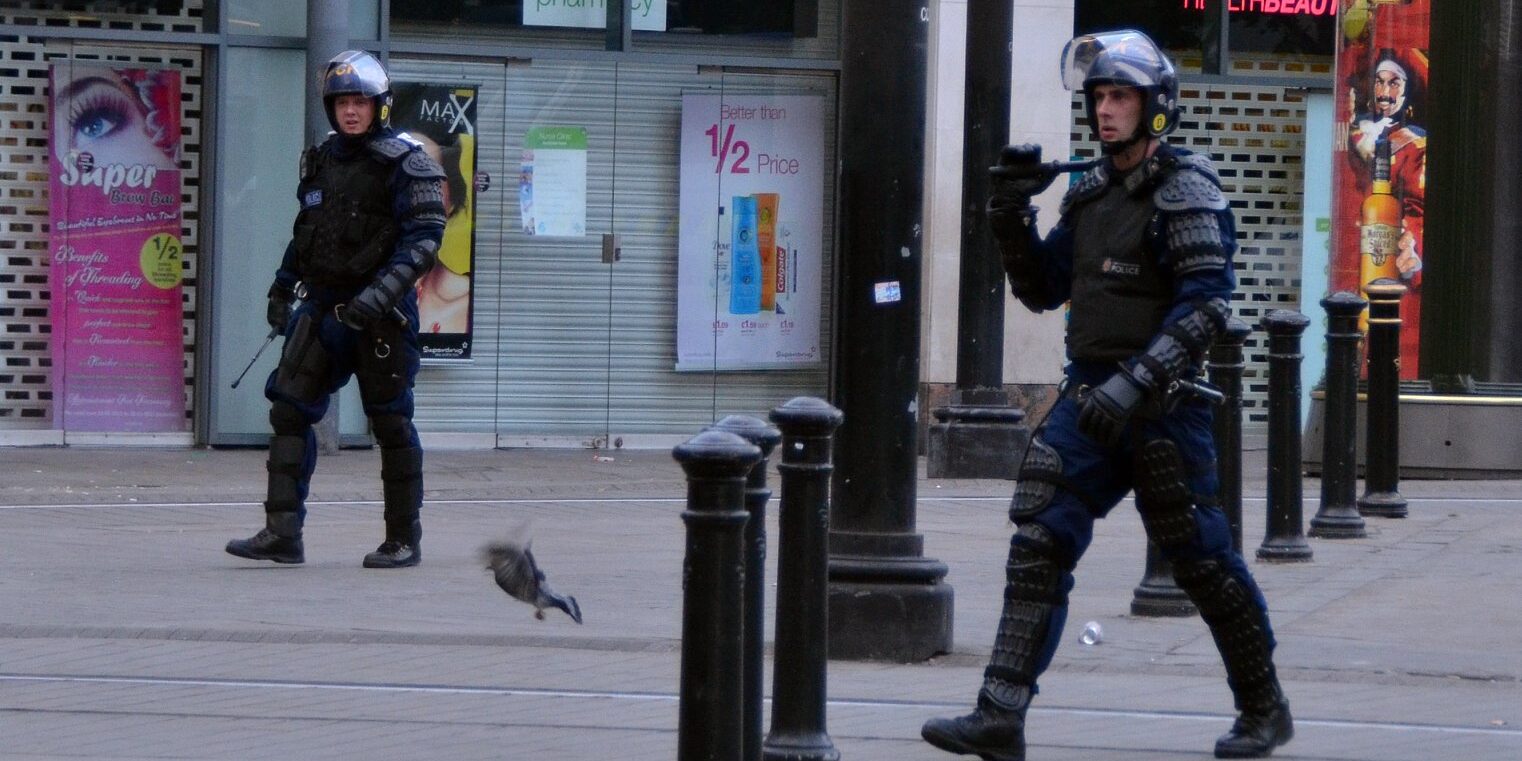 Comments Off on Morality Policing

Until relatively recently, you may have been under the misapprehension that preventing people from breaking the law was somehow part of the job of a police officer. If current events had not quite managed to disabuse you of this notion, then you can ask Chief Constable Ben-Julian Harrington: officers at Black Lives Matter rallies dedicated to the destruction of monuments will be “looking to make sure that people don’t get hurt in the first instance, trying to protect property if that’s the right thing to do, but people come first, making sure officers and those taking part are safe”.

A laudable statement, and one that almost manages to make the reader forget that the gatherings themselves are illegal, and illegal for the purpose of making sure that people are safe. In this, it is in no way out of the usual; police forces around the country are tying themselves into logical knots attempting to explain why a few weeks ago they were so keen to bully and intimidate people who wish to sit in their privately-owned front gardens, use drones and roadblocks to make sure people don’t walk in too nice an area, and otherwise enforce the lockdown regulations that they are allowing these protesters to flout. Standing by to watch the destruction of property is merely an added bonus when they’re already standing by to take the blows of the protesters on the chin.

Explaining this shift in behaviour is hard not because it is inconsistent, but because it’s consistent with an entirely different framework of operation than that which we are told is used. Rather than a genuine and good faith attempt to uphold the law, the objective is a sort of morality policing. Under this system the law is enforced based on the perceived popularity and difficulty of doing so, rather than what it actually is.

When the lockdown was the focus of public obsession and people were assembling for the two minute love-in, police forces stopped health professionals and told them NHS ID badges weren’t sufficient proof that they really needed to travel to work, or threatened to place cops on the end of aisles to make sure that only essential items were purchased. Now that Black Lives Matter is the major moral issue of the day, lockdown is set to one side, and the police watch happily as protesters smash statues. Enforcing lockdown would be difficult, and the activists are in favour of allowing the protests to continue. The same laissez-faire attitude would probably not apply if a far-right group of skinheads turned up next to the statue of Nelson Mandela in Parliament Square.

It’s almost a variant of policing by consent; find the path of least resistance and most support, and follow it. It’s the variation in the source of this resistance that leads to some of the odder outcomes in the process. Morality policing by consent does not necessarily mean the morality of the majority; that would probably have involved asking the Rotherham force to look into grooming gangs rather than ignoring the reports for fear of increasing racial tensions.

Sometimes the consent required may be that of the press, the politicians, or the activist class. If a man retweets a limerick about transgender people, then the police must call him up to “check” his thinking; the law is enforced not as written, but in the spirit of the activist behind it. If an offensive video about Grenfell or George Floyd is made, then those who made it must be arrested to assuage the moral sentiments of the mob. It is certainly easier to win plaudits for policing high profile violations of taboo than it is to actually enforce the law, but it still takes time and resource. This may be why we so often hear about our poor outnumbered police lacking the manpower to investigate every burglary or mugging, despite apparently having enough officers to sit one on every till and monitor shopping for illicit Easter eggs.

This is not, of course, to say that the police are useless. Quite the contrary; as I have written elsewhere, they are surprisingly effective. The criticism of morality policing is directed at the manner in which they choose to execute their duty in certain circumstances, rather than in general, and is accordingly a criticism of higher level decision makers. The problem with morality policing is that apart from anything else it makes it next to impossible to predict which laws will be enforced and how they will be so; it turns the rule of law into the rule of politics, which is a rather more nebulous category.